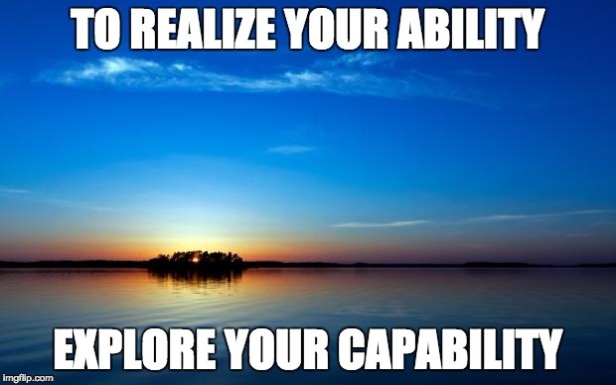 There came that moment in my career when I realized recruiters would struggle working with me.

One visit to my LinkedIn profile raised all kinds of red flags  – I’d unwittingly taken one too many visits to the “sales career re-start” section and all of the horrible but effective HR filters meant to weed out chronic under-performers were going to apply to me, even if I wasn’t blindly handing out resumes or applying for random LinkedIn job postings with no inside track. The rumors were understandably swirling, all while my previous managers were writing recommendations on my profile.

I’d long grappled with what my career apex would look like.  By achieving noteworthy success in a multitude of roles, I was approached with and accepted an evolving career of “specialist” roles. Jobs like these came with top notch compensation, lots of opportunity for travel and all the benefits of strategic & team selling with none of the managerial baggage found in an average group of direct reports, but they are assuredly the first of the deck chairs thrown from the sinking ship of a bankruptcy-circling Company. I’d had the consecutive bad fortune of having roles among those lines on the spreadsheet in need of paring before the inevitable Board-directed corporate belt-tightening. Not once. Not twice or three times. Four. (Twice by the same Company) Many of my former colleagues in direct sales and sales management roles now hold executive positions for some of the most recognized names in their industries. The roles they held were almost always spared the accountants pen, and in retrospect, their’s were the more direct path to leadership roles. They may not have been smarter or more talented than me, but they knew the importance of being close to the revenue line when times got tight.

It was time to decide; time to bite the bullet and find my top end. Push the limits as hard as possible. I knew I was able, but had no idea where my capability would run out. It was time to channel my #AccidentalEntreprenuer

The results have been extraordinary. I’ve come to understand the outer edges of my coping limits. In searching for those edges, I’ve also developed a healthy understanding of the edges I’m willing to seek – and those I’m not. This sharpened understanding has afforded me an accelerated pace in decision making and a sense of the most effective actions possible to move a sales plan forward for a brand new team and formed the foundation for the sales training program I’ve delivered to each of the teams I’ve created.

I’m not a finished product, but I’m no shrinking violet. Each positive step forward gives me more confidence to keep pushing those previously suffocating self-imposed limits on my capability. Make no mistake, we’ve not created the next Google, but I can sense the confidence of my latest recruits – they don’t know they’re not supposed to succeed, so why WOULD they fail?

My only regret is not having figured out how to arrive here SO MUCH sooner. The argument is “you need to go thru that to get here” and I cannot discount the value of the path in this journey, but a healthy understanding of how to push the edges of my capability would have hastened the journey. Perhaps those of you reading along might ask yourself the same question.

Will you explore the edges of your capability in an attempt to serve your inherent ability?